Following its appearance in Spain, the Netherlands, Germany and now the UK, the LC, the new Lexus luxury coupe, is planned to continue its European tour (#LCOnTour) in September in France.

On September 4th the LC will participate in the 3rd edition of the acclaimed Chantilly Arts & Elegance Richard Mille event. The main attraction of this internationally renowned happening is the Concours d’Elegance where, this year, the Lexus LC will present its amazing, head-turning design.

Only a few weeks later, starting on September 29th, the LC will be displayed at the ‘Mondial de l’Automobile’ in Paris, where it will be accessible to all visitors from October 1st.

The LC, Lexus’s flagship coupe, will be launched in spring 2017 with two powertrain options. The full hybrid LC 500h will feature a 3.5-litre V6 petrol engine and Lexus’s all-new Multi Stage Hybrid System, engineered to deliver a more direct response for genuine high performance. The LC 500 will be equipped with a 5.0-litre V8 petrol engine coupled to a new 10-speed automatic transmission – a world first for a luxury vehicle. The LC is the first model to be built on Lexus’s all-new GA-L platform, designed to deliver a much sharper and more refined driving experience. 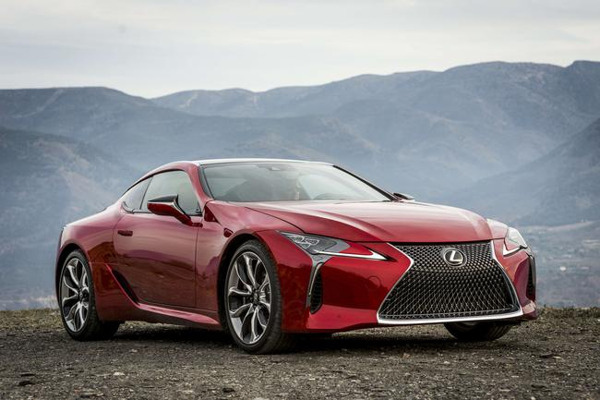